Showing posts from November, 2017
Show all

"Let us all stand" 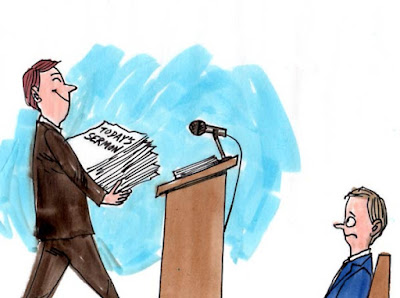 I was a child in Memphis, Tennessee, but I still remember this service. It was a Sunday evening; service started at 6:00 sharp. A visiting minister respected by all was there. He was known to go long in the pulpit, but he didn't usually do bad. Song service was abbreviated - that was standard procedure from my pastor when a speaker was known to preach for an hour or more. At 6:30, he was in the pulpit. He started out by telling some stories. He was doing good. He had our attention. He spoke for a while, but the people maintained interest. After a solid hour, his voice boomed out, "Let us stand" ! We rose to our feet. Normally he went for an hour-and-a-half, but tonight he was shorter. We were excited! But he wasn't done speaking. He continued, "Let us all stand ... for the reading of the scripture !" A gasp echoed across The House of God. This was not the end. This was the beginning. He read his text, and we slowly took seated positions in th
Post a Comment
Read more

The Origin of Everything 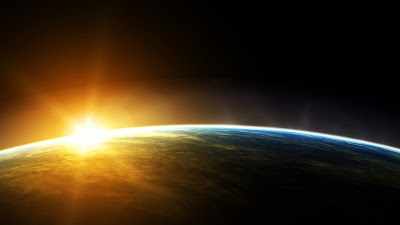 In an earlier post , I described the basic problems with the religion of atheism. In this post, I discuss why its philosophical underpinnings are wrong. Act 1 : Bang! The evidence of modern science is quite clear. The universe has NOT eternally existed. The universe had a beginning . It was about 13 billion years ago. That much is certain. What is not clear is how such an event occurred. Our current knowledge gleaned through the most advanced multi-million dollar telescopes goes something like this: … … (Nothingness) … … … EVERYTHING CAME to BE in an INSTANT! That story is not satisfactory. It’s not science. It’s theology. And that is what makes a number of physicists uncomfortable. Bluntly, the only bang I believe in is: God spoke, and ( bang! ) it happened . Our best data of the origin of the entire universe is pretty much synonymous with Genesis 1:1 . “In the beginning God created the heaven and the earth.” Is there anything known about the intervening eo
Post a Comment
Read more

The Ministry of Slaps 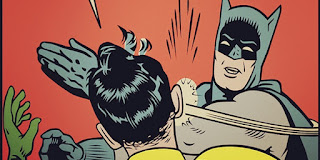 I got the call around 11 pm from a friend & fellow-minister. Friend : “How did your revival meeting go?” Me : “Great! 1 got the Holy Ghost and 1 was baptized tonight. I remember that you visited a neighboring church’s revival this evening. How was the service?” Friend : “Well … I guess it was ok.” Me : “What happened?” Friend : “The preaching was pretty good. We got to the altar service, and something strange happened.” Me : “Go on.” Friend : “I was standing there to be prayed for, and he POPPED me.” Me : “What do you mean, ‘he popped me?’” Friend : “He pretty much SLAPPED me, right there in the altar.” Me : “Describe the encounter. Start from the beginning.” Friend : “The visiting preacher did decent, then gave the altar call. I was watching him. When he was praying for people, he was doing something to them. They were acting funny after he’d put his hands on them. Then I saw what he was doing. He prayed for the fellow next to me, and when he did – you
Post a Comment
Read more

The Religion of Insanity 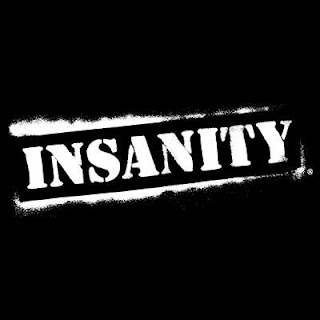 I was once a scientist. I worked in basic research for about 11 years. I hold a Bachelor of Science in Physics & Mathematics (University of Memphis), a Master of Science in Physics and a PhD in Physics (University of Michigan); these all took a total of 10 years to obtain. After completing my degrees, I worked at St. Jude Children’s Hospital for almost a year, before beginning my evangelistic ministry. During my time in science I befriended a number of individuals of various faiths both at University and in the hospital. There were also a few people among my friends who were non-religious: whether they believed in God or simply had doubts, they did not attend any form of worship services I was aware of. Then there were the atheists. They are fewer in number than our modern culture imagines them to be. Even in the hallowed halls of science they were a significant minority. Yet they dominated everything from interpersonal norms among fellow-scientists to the interpretative fr
Post a Comment
Read more

Is this a Heaven-or-Hell issue?

I was arguing: “… The Bible has a chapter on that subject in 1 Corinthians. I know you’re not about to tell me that you don’t believe the word of God?” Unnamed friend : “You’re right. It’s in there. I just don’t see it as a Heaven-or-Hell issue.” Me : “So you’re ok to say it’s in The Bible and you just don’t want to do it?” U.F. : “I’m not perfect. I just think Acts 2:38 is all that’s required of us and we’re saved.” Me : (flabbergasted) “How can you read scriptures, acknowledge they are true, and yet ignore them?” U.F. : “There’s a lot in The Bible. I’m not a preacher like you. I think the congregation usually doesn’t get that far into the details. As long as I repent, get baptized in Jesus name, and speak in tongues, I’ll make it to Heaven. The rest is stuff for the leadership to do. I’m saved where I’m at. Anyway, this is not a Heaven-or-Hell issue.” If you have spent much time in an Apostolic Pentecostal church, you’ve been in a conversation just like that one. Maybe yo
2 comments
Read more

"We Don't Need a Pastor" 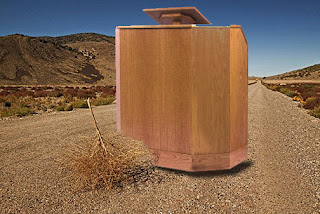 A while ago …  Myself, a longtime friend several-years-my-elder, and one of the leaders of a certain church were having dinner. This leader’s church was in transition. They were in the process of looking for a suitable shepherd, but had not located one as of yet. As the 3 of us conversed, I posed the question : “while you’re in-between Pastors, who is your shepherd? Do you have a Bishop? Is there an elder preacher who is holding the pulpit until you find one? Who are the church committees counseling with in their decisions?” The leader’s response disturbed me: “we don’t need a pastor right now.” He continued, “we’re bringing in visiting ministers. They can speak for The Lord in this season and give us leadership. We can wait for a while.” I was shaken. I’m still uneased by their words. Of course, I understood when they said we don’t need a pastor right now , the last two words were unnecessary. I knew the real meaning. This person was telling me: we (I) don’t need a pastor .
Post a Comment
Read more