"It's Not a Heaven-or-Hell Issue" 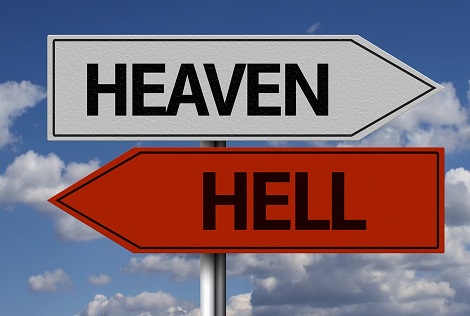 Abraham: "I know that God told me to leave my extended family and not take them with me, but I can bring Lot. It's okay. It's not a Heaven-or-Hell issue."

Lot's wife: "the angel asked us not to look back at Sodom, but I'm going to ignore that commandment. It's not part of the salvation plan: it's not a Heaven-or-Hell issue anyway."

Aaron & Miriam: "we can murmur against Moses. I know he's the man of God, but he's our little brother and we disagreed all the time growing up. I can't imagine there'll be repercussions: it's not a matter of Heaven-or-Hell."

The 10 spies: "we don't have to cross over into the promised land here and right now. We're safe, and we're free. Anyway, Moses is just a man, and this is not a Heaven-or-Hell issue."

Moses: "God told me to speak to the rock and not strike the rock, but I'm going to do what I want to do. I'll be alright. It's not a Heaven-or-Hell issue."

Balaam: "The LORD told me not to change anything He gave me to say, but He never said anything about giving them some secular advice on how to get the Israelites out of God's will. I know they're God's people, but Moab is paying me handsomely. It can't send me to Hell to want a little moolah to pay the bills, can it?"

Samson: "I can date Delilah. I can have a relationship with her, and spend time at her house. There are NO consequences. Anyway, my first wife was a Philistine, and this won't send me to Hell."

King Saul: "Samuel prophesied to me that I should destroy every living Amalekite, but I'm going to let a few slip through. It won't matter: I can cut a few corners in God's will. It's not like it's a Heaven-or-Hell issue."

King David: "I can stay behind while the rest of the army goes to battle. Nothing will happen - I have confidence in Joab my general. What could possibly transpire just because I don't do my appointed leadership duties? It won't keep me out of Heaven."

The next time you think that something's not a Heaven-or-Hell issue in your life, just remember: they all thought the same way!