Wounded by a Previous Storm

A few years ago, I was at a friend’s house in Clawson, Michigan. He was hosting a fellowship party there after a Friday night youth meeting.

As we stood talking in his backyard that evening, he pointed to a tree. "See that broken branch there?" I looked, and high up on the tree, a branch was broken off. You could see the jagged bark and wood where something had torn away.

He said, "that branch fell one night this winter and knocked out the power to my house."

I asked what made it fall. "That's the interesting part. There was no storm that night. Nothing we could see the night it fell. We think a storm a few weeks prior must have compromised it."

I posed to him: "so a storm from weeks prior – wind, lightning, and elements had done something to that branch?" He replied, "yes. It held up for several weeks, but eventually it fell." No current storm had made that branch to fall: it was wounded by a previous storm. 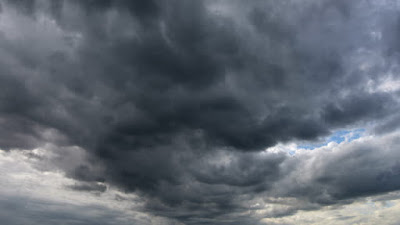 For a time, it endured, but only for a time. To any who observed it, it would've looked like a sturdy part of the body of that tree. But beneath the bark on the surface, it was barely hanging on. And unhealed or untreated, it was going to fall.

I realized that night that many of us are just like that branch. A storm has ravaged us, but it appears we've survived. I say "appears" because our survival is only temporary. Yes, we endured whatever onslaught life and the enemy could throw at us. Yes, to anyone who sees us, we appear normal. But underneath our surface, we're wounded. Our Spiritual health has been compromised. Though it seems we have it together, we are in danger of falling.

Part of what bugged me about that branch falling is that it was absolutely preventable. An arborist or tree expert would've known the exact measures to take to save that branch. It's just that … no one thought to check the body of that tree. Everyone thought that when the storm ended, that was that. What was needed was a basic inspection or check of that tree's health. Someone to care. Somebody to take time and observe.

Could a similar Holy Ghost checkup be necessary for us? Do we need someone to look at us – beyond the surface level – and begin to help us heal?

My friends, life presents many seasons in which we are battered by the elements. We carry the weight of what's been done to us, but the Master offers us healing and restoration. Don't let the storm you've endured be your future cause-of-death. You can be healed of the wounds from previous storms!

"Come unto me, all ye that labour and are heavy laden, and I will give you rest."