You can't preach there!

I've traveled and preached now, full-time, for over 7 years. There are some parts of traveling ministry that are soul-energizing and very encouraging. Other aspects can be challenging to witness, much less talk about publicly - this is one of those, but I would like to share it with you.

There exist a handful of preachers throughout Pentecost who believe in revival, baptize souls in Jesus name, teach consecration, disciple new converts ... and hate their brothers. I suppose this shouldn't surprise us - we're all imperfect sons and daughters of God, being perfected by The Only One who *is* perfect!

I'm not shocked that there are ministers who have a few rough corners that God is still in the process of smoothing. The strange part begins when an evangelist is scheduled by such a minister to come and preach a revival. Traveling ministers do not typically jump into local disputes among ministry - in fact, I strongly advise any traveling minister NOT to begin monologuing about any such situations unless they heard directly from the voice of God. However, we still get pulled in from time-to-time; particularly, when we're scheduled to preach by 2 churches that are in some level of conflict.

Without fail, 1 pastor will tell us, "preach wherever God wants you to go", while the other will inform us, "I can't believe you preached for HIM!" 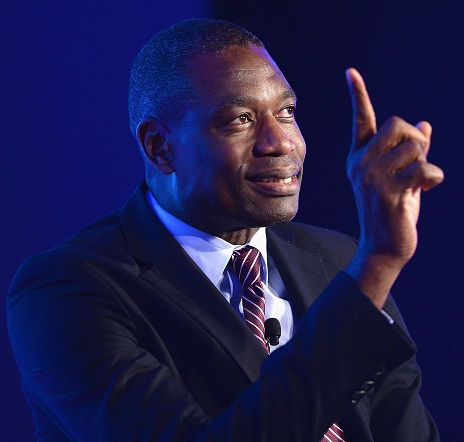 I had a conversation many years ago with a pastor who REALLY didn't want me to preach for the church across town from him. I remember saying, "if I'm going to Heaven with them, why can't I preach for them now and fellowship them here on Earth?" I guess he wanted them to go to Hell - literally. I never received a Biblical argument from him on why he had the right to disfellowship his brother. The Apostles commanded the opposite on The Day of Pentecost in Acts 2:42.

"And they continued stedfastly in the apostles' doctrine and FELLOWSHIP, and in breaking of bread, and in prayers."

You caught that, right? Right after continuing in Apostolic DOCTRINE, was continuing Apostolic fellowship. We aren't necessarily perfect in any of these, but I feel that many are afraid to openly discuss the consequences of Apostolic dis-fellowship.

This is a secret cancer in the Apostolic movement: unresolved anger and hatred of brothers. We wouldn't admit to it in front of others, but by our words and actions we pronounce it quite loudly.

Jesus told His disciples (Mark 16:15), "Go ye into all the world, and preach the gospel to every creature." However, some men would have us believe that Jesus also said, "except for the church across town, and the pastor(s) that I don't like, and the place where a bunch of families who left this house now attend."

Please don't think I'm singling out any specific Apostolic organization or group, because I'm not. In every circle in which I have ministered, God has brought me to great men and women of God with wide arms of fellowship and compassion. Also in every circle, I've seen those who were the opposite ... people and churches who announced to me that "if you're going to keep preaching for them, it would be best for yourself and your ministry if you didn't go back *there*", and to "keep your distance from Brother-or-Sister ______".

There was one extreme case a while back where 2 pastors were SIBLINGS. I preached a revival for one sibling (5 baptized in Jesus name, 4 filled with the Holy Ghost). Sometime afterward, a *message* was issued to me that I would never get the invitation to preach for this Pastor's brother, for the simple fact that I preached for his own family member for whom he held a grudge.

That was ridiculous. It's unchristian, really. But is it any different for us to hold animosity toward our spiritual brothers and sisters?

I have started to write this before, and talked myself out of it, but I feel impressed in The Holy Ghost to share this now. As time marches forward, and we draw closer to the end of this age, it's vital for all members of the family of God to cease from struggling with each other.

"From whence come wars and fightings among you? come they not hence, even of your lusts that war in your members?"

Fighting my brother is a "lust of the flesh" problem, and it's time for me to crucify my flesh.

You could be on the right side of your argument against the people you're fighting. In fact, even if you are, what would be more Christ-like? Wouldn't it be more like our Savior to be beaten and "spat" upon (figuratively, in this case), and yet to pray "Father, forgive them, for they know not what they do?" (Luke 23:34)

That pastor who hurt you needs revival.

The church you're mad at could use a soul-stirring move of God.

Don't deny them this!